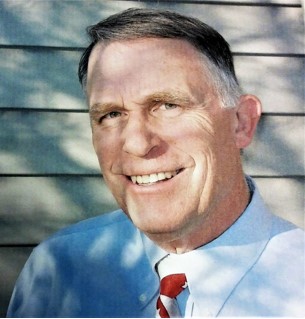 Charles B. “Chuck” Wright was born in Memphis, Tennessee on a cold winter day in February. He was raised in Tennessee, South Carolina, Missouri, and Oklahoma. He volunteered for the United States Marine Corps during the Vietnam War after being married for about a year and having just graduated from Southwest Baptist College in Missouri.

After six months of jungle training in Hawaii, he was sent to Vietnam as a replacement for the Third Battalion, 4th Marines, a line Battalion Company along the DMZ, where he soon started serving as a battalion courier.  Upon the completion of his tour of duty in Vietnam, he was honorably discharged as a Sergeant and returned to Oklahoma to finish college at Oklahoma State University.

Chuck has two sons from his marriage and seven grandchildren, living in Nashville, Tennessee, and Katy, Texas.  Since leaving Oklahoma State University Chuck has been involved in various retail sales positions and is now retired but continues to serve veterans and others. He currently resides in Cypress, Texas.

For Warriors, By Warriors.

Committed to helping others overcome suicide and traumas.